Please visit our new campaign, Ride to Give - Make a Reoccurring Donation ✕
Ride to Give - Gertie Competes for Connor
✖
Gallery (1) 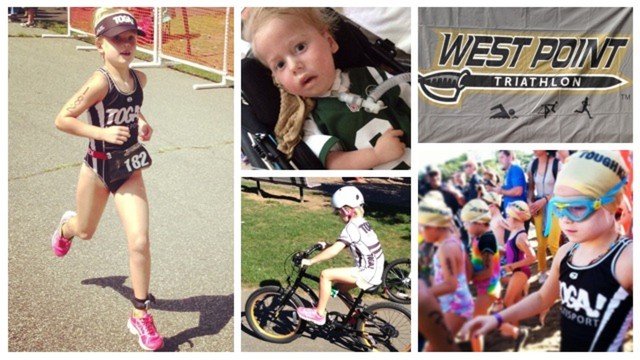 GERTIE'S PAGE IS CLOSED! Thanks for helping her blow away her goal, which has been added to Connor's total. Please donate to Connor here: http://fnd.us/c/2qJNb/sh/61Edl0

Our daughter Gertie has a natural philanthropic spirit and has been bitten by the triathlon bug, just like her dad, RTG co-founder Dave Nazaroff. This is her second season racing for our causes and she can't wait to complete Saturday's race for Connor.

Connor Smith was born on September 17th, 2012 to Kristen and Dustin Smith of Marcellus, Michigan with no signs of anything wrong, but around 4 weeks Kristen had that motherly instinct that told her something was not right. After seeing several doctors Connor was officially diagnosed as Hypotonic at 12 weeks old, but Kristen did not feel this was the correct diagnosis. In a desperate attempt to discover what was wrong, she found some hypotonic support groups and started posting Connor's symptoms with hope that someone may be able to help.

Before long she was contacted by a few moms of children with SMA. They told her that Connor's pictures looked "textbook SMA" and that they NEEDED to get him to a neurologist. When she first looked at the symptoms of SMA, Kristen agreed it sounded exactly like Connor.  Everything they read about the disease told them there was no treatment or cure and that Connor had a 90% chance of being deceased by his second birthday, and an 80% chance of being deceased by his first. They didn't want to believe it...it just couldn't be SMA.

At 3 months old, Connor had an episode that made his parents take him to the local Urgent Care Clinic to be assessed. As soon as they arrived, Doctors took one look at Connor and called an ambulance. His mother says, “I walked out to the ambulance to ride with him, the doctor came running out after us and encouraged the EMT's to use lights and sirens all the way there. I didn't catch on at the time, but looking back, I knew the doctor was scared my son was going to die.”

Nine days after his first admittance into the hospital, Connor was officially diagnosed with Spinal Muscular Atrophy Type I, the most severe form of SMA. Sometimes called Werdnig-Hoffmann Disease, SMA Type 1 affects infants from birth up to 6 months of age, and most show signs of the disease by 3 months. Some develop the disorder before birth.

Spinal Muscular Atrophy is a degenerative neuromuscular disease. It is considered a severe form of Muscular Dystrophy and recently a link has been found between SMA and ALS. In both diseases, the most common cause of death is the loss of muscle function in the chest, resulting in respiratory failure.

Connor has had several surgeries, including chest tubes, a Nissen Fundoplacation, and a g-tube. Connor was intubated for a few weeks before being extubated to BIPAP after a VERY long antagonizing fight with the hospital. After 60 days in the Pediatric Intensive Care Unit, Connor was released home onto Hospice care. The Smith’s were told at 5 months of age that they had 4 weeks left with him if they were lucky, but his family fought for him every time he crashed or stopped breathing.

Finally a team of Doctors at University of Michigan rallied behind him. They agreed to do what ever it took to keep him alive. Connor received his tracheotomy, and underwent several surgeries during his 2 months stay at U of M. Although it was agonizing, they knew things were finally heading in the right direction.

Connor requires extremely intensive care so Kristen is a stay-at-home Mom. He is tracheostomy/ventilator dependent, can only eat by feeding tube because he has lost his swallow (which actually caused the aspirational pneumonia that collapsed his lungs prior to diagnosis), cannot sit up, roll over, walk or crawl, and will never have those abilities until doctors find a treatment or cure. His family has watched him lose a lot, including his smile, but those eyes say it all. Connor gets intense respiratory treatments to help keep his lungs clear, and physical, occupational and speech therapy as funds and insurance allow. Connor’s father is a server at a restaurant, although not ideal, the flexibility is something they appreciate.

What Connor’s family needs now is a break. They are in desperate need of a handicap accessible van for Connor, and there is one for sale in their town. It is marked at only $10,000 as the family selling the van recently lost their son and needs the funds to cover his funeral expenses. Connor’s parents would feel good about helping out a grieving family while providing a way that Connor can travel safely with both parents and his three older brothers. We would also like to help cover insurance, taxes and registration.

Since his diagnoses, Connor has yet to be seen by a SMA specialist. His current doctors are in Ann Arbor, which is 2.5 hours from the Smith’s. Although an incredible hospital, they are not doing standard SMA practice, which is a concern. His parents would love for him to be seen ASAP by Dr. Schroth, an amazing doctor in Madison, Wisconsin that has devoted her life to caring for SMA kids and learning how to keep them alive. Becasue she is out of state, insurance is denying coverage. Madison is about 7 hours from their home in Michigan and the drive will have to be broken up over two days as Connor is unable to be on the road for that long. They have already raised the funds needed for the initial office visit, but there are tests and travel expenses that Ride to Give would like to help cover.

Please help Ride to Give provide a van and life changing medical treatment to sweet Connor.  You can follow him on Facebook at “Prayers for Connor” and read his mother’s blog at www.strugglesofansmafamily.blogspot.com.

See all activity172
NEW Thank you emails can now be sent directly from the Transactions page.
Alternatively you can still leave a comment here. 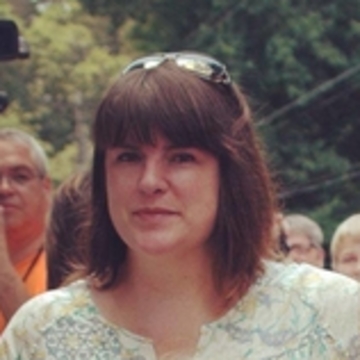 Related fundraisers for our cause

We didn't find that.