Thank you everybody. Our campaign is now over. ✕
Ride to Give - A Service Dog 4 Hudson
SubscribeUnsubscribe
✖
Gallery (1) 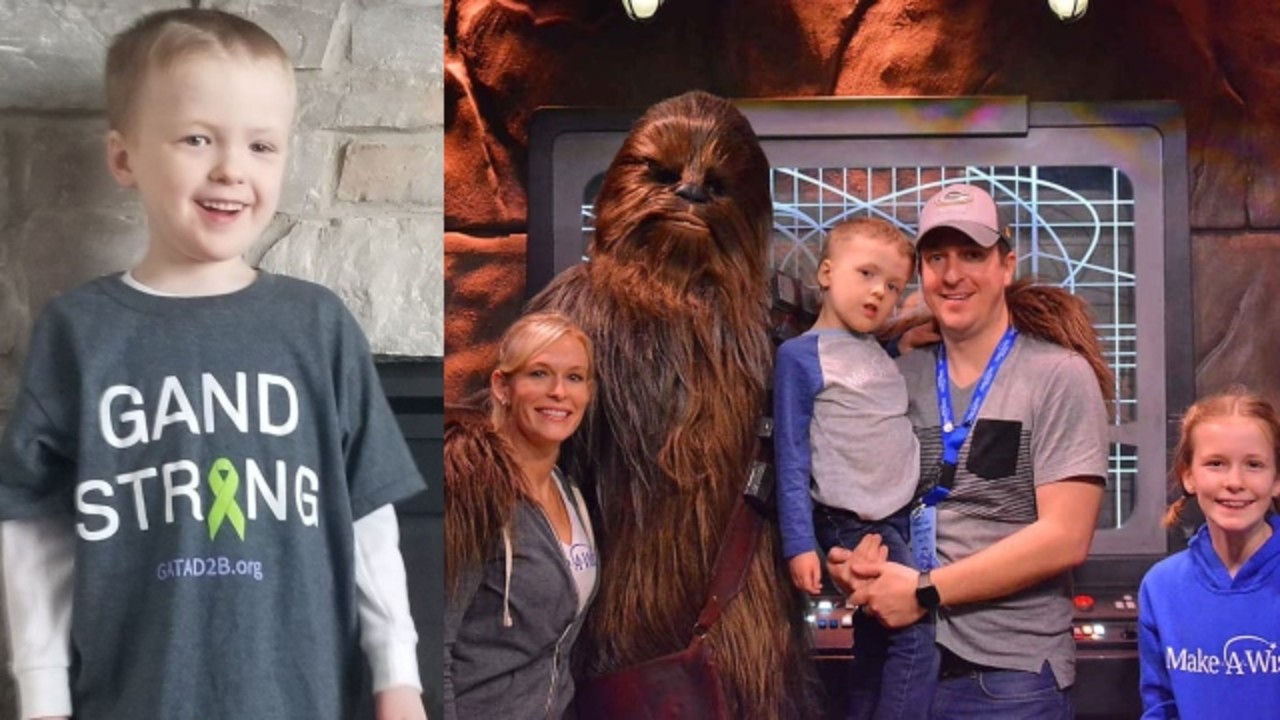 When 6-year-old Hudson Ruh of Slinger, WI was born, neither his parents or his doctors found anything atypical. He was the most smiley and loving baby! He loved to watch his older sister Madison make funny faces, and cuddles on the couch.

But at around 9 or 10 months, Tammy and Donovan started to notice Hudson wasn’t meeting his milestones as he had been and was frequently getting sick. After an evaluation, it was confirmed Hudson was indeed below normal developmental levels so they started him with physical and occupational therapy and eventual added speech and education as well. The Ruhs consulted specialists at their local Children’s Hospital where Hudson was officially labeled as hypotonic (low muscle tone) with developmental delays along with a slew of other smaller diagnoses.

Hudson continued to make progress in his therapies but still didn’t have a diagnosis as to what was causing the hypotonia, delays, and lack of speech. They decided to do some specific genetic testing, but the tests all came back negative. So at the end of 2015, Hudson did exome sequencing, a genomic technique for sequencing all of the protein-coding regions of genes in a genome, to see if that might reveal anything. Tammy and Donovan doubted anything would turn up, but with the go-ahead from their insurance company, it was worth a try.

The test took about 5 months to come back and showed Hudson had GATAD2B, a mutation of that specific gene, severely effecting speech, IQ, and muscle tone. There is only one published research paper on GATAD2B, and it turns out Hudson was around the 41st person in the world diagnosed GATAD2B. There are no treatments available for GATAD2B aside from treating the symptoms.

Hudson was also found to have the genes for nemaline myopathy, a congenital, hereditary neuromuscular disorder that is in the family of muscular dystrophy. It has many symptoms similar to GATAD2B such as muscle weakness, and impaired speech ability, along with hypoventilation and swallowing dysfunctions. Because of the nemaline myopathy, Hudson’s muscles are unable to keep up with the growth of his body.  Sadly, the exact form of nemaline myopathy Hudson has have not been widely studied, and the doctors that he has seen do not exactly know how it will ultimately affect him.  Only time will truly tell.

Hudson’s mom Tammy thought she was prepared to FINALLY receive his diagnosis, but she was devastated by the news. Donovan took the news better and was able to coherently talk to people about it. As time went by, Tammy has found that it is amazing to share Hudson’s story and educate others on his very rare conditions.

Today, Hudson is making progress with his motor skills and his cognition continues to improve. He may be 6 but he is developmentally at a 3-year-old level.  He will always struggle with his speech and communication, but he is making good progress using an output device.  What Hudson needs most right now is a trained service dog. Hudson’s dog will be trained in mobility assistance, tethering, tracking, and behavior disruption.  The Ruhs are hoping that his service dog will also become a close friend and companion to Hudson as he craves interaction with others, but he has a hard time communicating. They have worked very hard fundraising and only have a small amount left to raise for travel. They have been tentatively been accepted into the June training class at 4Paws for Ability in Ohio and once they have all their funds in order it will become official.

When Ride to Give received Tammy’s cause request we knew the Ride to Give Army would be able to help them make their goal. The funds we raise for Hudson will help support his family when they travel to Ohio for two weeks of intensive service dog training in June 2020.