Thank you everybody. Our campaign is now over. ✕
Ride to Give - Supporting Noah's Miracle
SubscribeUnsubscribe
✖
Gallery (1) 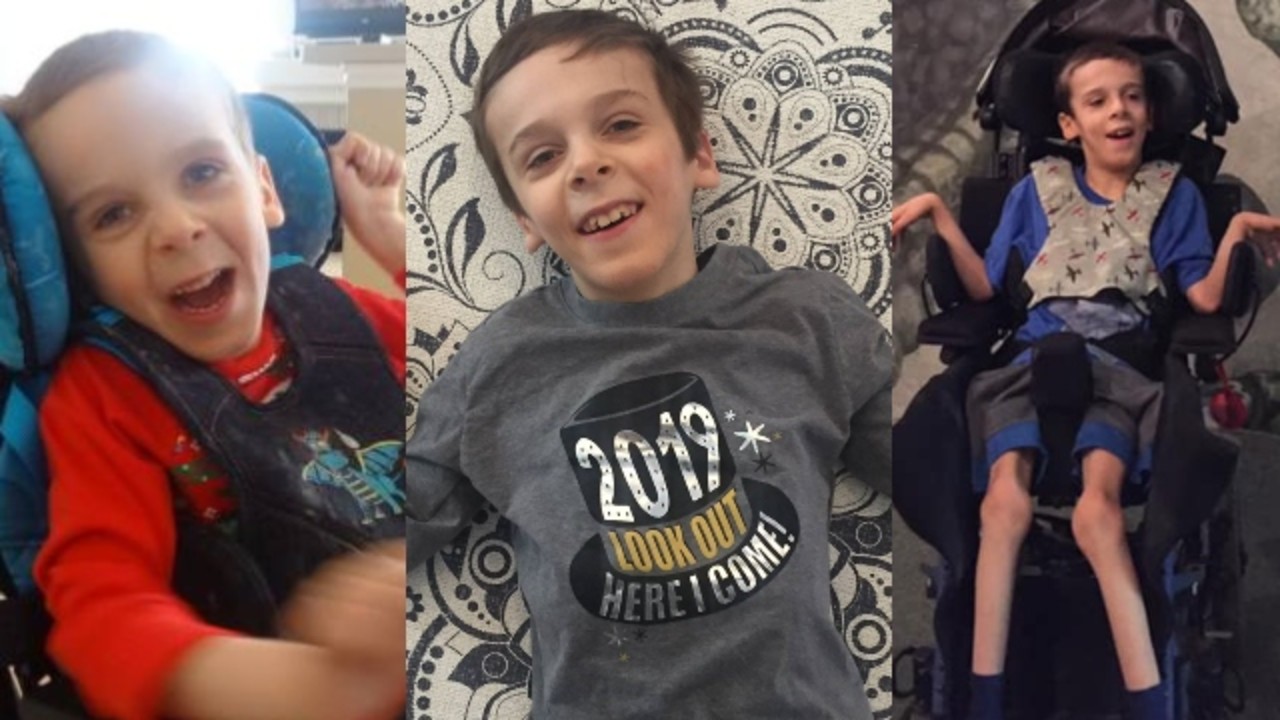 After a seemingly uneventful pregnancy, Noah Mitchell Warden of Broomfield, CO, was born December 23, 2008, weighing 9lbs and 1oz by emergency C-section at 8:51 am, the first child of Stacy and Chris Warden. Stacy had gone a week past her due date and begged her doctors to induce her.  Finally at 41 weeks 1 day, Stacy was admitted to the hospital where her membrane stripped causing natural labor to kind of occur.

Stacy labored 13 hours naturally, without any medications until her doctors realized that there was something gravely wrong with her baby. Upon attempted to place an internal monitor when they found that Noah's heart was not beating. So Stacy rushed to the OR for an emergency c-section which had to be performed under general anesthesia because she did not have an epidural in place.

Following his birth, Noah did not breathe or have a heartbeat for the first 13 minutes of his life.

Noah was immediately transported to Children’s Hospital in Denver in order to have a procedure done known as brain cooling in attempts to minimize damage caused by perinatal asphyxia.  Noah's brain was cooled for 72 hours, after which time the hospital ran an MRI and an EEG to determine the extent of the damage. Unfortunately, the results came back with the devastating news that Noah had suffered "global damage" to his brain.  As a result, the prognosis was grim. They didn't predict that the Wardens would ever bring Noah home. Their recommendation was to let him go as they perceived he'd have no real quality of life. They were told he would most likely never walk, talk, eat or even breathe on his own, but Stacy and Chris refused to give up. They are a family that believes in miracles and that love and prayers can move mountains.

After much testing, Noah was diagnosed with hypoxic-ischemic encephalopathy (HIE), resulting in spastic quadriplegia cerebral palsy with athetoid movements, severe Sensory Processing Disorder, and frequent seizures that require an Emfit Monitor to help alert to seizure activity, especially at night. He is unable to sit, walk, talk, crawl, or self-feed but can communicate using an AAC Winslate Eye Gaze Device.

It has been a rough road, but Noah is now a very happy 10-year-old. He may never walk or talk or meet the same milestones as other children his age, but he is a miracle to his parents. Noah is cognitively very aware, just trapped in a body that doesn't work well for him.  And it's his parent’s goal to provide him with the brightest childhood the can and offer him all the experiences that will enrich his life and make him feel like any other child his age.

What Noah needs most right now are a larger adaptive car seat and wheelchair, but sadly his insurance has fought his parents every step of the way. The approval process for his last wheelchair took over a year and a half, but would only last about three years. So when he finally received his new chair, he would have less than ½ the time in it before he outgrew it.

Currently, Stacy and Chris are in a battle with the State of Colorado to have Noah's long-term Medicaid and SSI re-approved. Like so many RTG kids, Noah will always need medical interventions and therapies that would not be possible without state-assisted medical insurance. Being the parent of a medically fragile child is hard enough, but the stress of not knowing how you will pay for your child’s needs makes it beyond overwhelming.  The Wardens are financially at the end of the rope and have no idea how, in a timely manner, they will be able to provide Noah with a new car seat and wheelchair and cover his many of his other needs.

When Ride to Give read Noah's story, we knew the Ride to Give Army would be able to help.  No child should be stuck in their home or forced to travel unsafely.  This holiday season, please help Ride to Give raise funds to purchase Noah a new car seat and a new wheelchair. Both will be size appropriate with some room to grow.

You may follow Noah's journey by liking Noah's Miracle on Facebook or following his mother's blog, www.noahsmiracle.blogspot.com.