Thank you everybody. Our campaign is now over. ✕
Team Ride to Give Loves Landon
✖
Gallery (1) 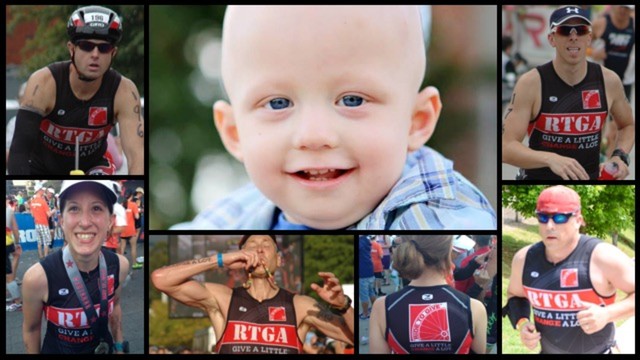 Two year old Landon Kimich of Plantersville, Texas is one of the cutest little boys you ever will ever see. He is super active, loves cars, truck and airplanes, and is able to wrap you around his finger with one sweet smile. Landon is all boy… he loves to be able to play, get dirty and have fun.

Landon is also in the fight of his life against stage 4 Neuroblastoma.

When Landon was just 5 months old, his parents Hannah and Robert noticed that he was wheezing, especially when he was on his tummy. His pediatrician chalked it up to repeat upper respiratory infections, but they did not resolve and Landon did not improve. One Sunday morning his breathing was alarmingly labored so they took him to the emergency room for a chest X-ray. With that the doctors discovered that a large tumor was putting pressure on Landon’s heart and lungs making it hard for him to breathe. Landon was immediately transferred to a larger children's hospital in Houston and two days later his family was told it was cancer. Within a week Landon had major surgery and began chemo.

He was only 7 months old. As you can imagine his family felt like their world was falling apart.

When he first entered treatment, Landon was labeled "intermediate risk," but in April 2014 he was changed to “high risk" due to new growth of tumor. Neuroblastoma is a devistating childhood cancer that arises in the nervous system. In stage 4 of the disease, the Neuroblastoma tumor cells have already spread (metastasized) to other sites in the body such as the bone or bone marrow. Landon's main tumor that was pressing against his heart and lungs was removed in February 2014. To date Landon has had 3 surgeries, 27 blood transfusions, 21 rounds of chemo, and has spent over 135 days inpatient in the hospital. This does not include all of his clinic visits and countless hours of lab work and tests.

Thankfully Landon's prognosis is good. HIs doctors have been happy with how his current chemo protocol is working. They have seen no new cancer growth and continued shrinkage with this combination of chemo, more than with any of the others that have been used. Landon has a least 2 more rounds of his current chemo then a CT and MIBG scans will be done to decide if he is ready for an Inpatient Stem Cell Transplant. The goal is to have the least amount of cancer in his body before the transplant is done, so the possibility of having to do more chemo is very likely. After his stem cell transplant, Landon will begin 20 treatments of radiation, then immunotherapy. Landon has been in treatment for 17 months now, and his parents have no real guess as to how much longer it will take to get him to NED (no evidence of disease).

Ride to Give feels moved to help this child. For his stem cell transplant, Landon will be inpatient at a hospital 2 hours away from their home for a minimum of 30 days if no complications occur. His family will be able to stay at a Ronald McDonald house to be close to the hospital but will have many travel related expenses. Landon’s mother Hannah is not working to be home full time with him and his father is trying to miss the minimum amount of days possible. Ride to Give wants to help bring this family much needed financial peace of mind so they can focus all their energies on Landon getting better.

Landon has been a trooper through this whole journey and remains a happy, adventurous 2 year old. At the hospital he is known as “the little mayor," because he is always smiling and waving at everyone. Landon’s grandmother said it is important for the Ride to Give Army to know how Landon’s journey has touched people. He is such a strong fighter that even with all the treatments he has gone through, he is still just a happy and sweet little boy. He inspires people with his smile and can-do attitude, and his resilience is staggering. His family tries try to give him as much of a normal life as possible, while being mindful that he not be exposed to sick people and unnecessary germs. They strive to make everyday a great day for Landon and he is truly their hero.

Please help Ride to Give support this sweet family and allow them to be there for Landon.